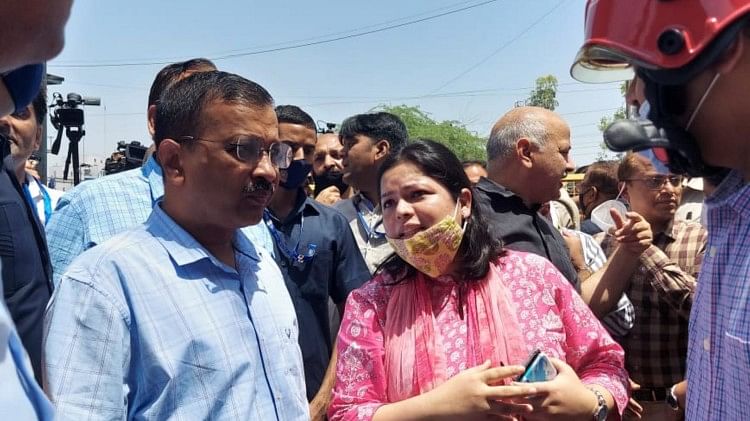 The victim, who was returning home after being discharged from Sanjay Gandhi Hospital, said that we were sitting in a meeting and I do not know when the fire started. There was no way for us to leave. There was only one way and the fire had already spread. We were on the third floor. At that time there were 250-300 people in the building.

An injured woman named Bimla who is admitted in Sanjay Gandhi Memorial Hospital told that we were all sitting in a meeting. Then suddenly the light went out and someone said that a plume of smoke is rising. Then there was chaos, window panes started breaking and people started throwing ropes towards us to get us down.

We have found some more remains in the morning and it seems that there will be two-three bodies, the fire official said. In such a situation, the death toll can increase to 30. The fire in the building gained momentum because there were a lot of plastic items here. The officer also said that a meeting of 50 people was going on when the fire broke out. Since the door was closed, he got trapped inside. The relief and rescue work is over and now we are also preparing to return after finishing our work.

Chief Minister Arvind Kejriwal said, it was a huge fire in which many people died. The bodies of people have been burnt so badly that it is difficult to even recognize them. We have deployed people to identify the missing and dead people.

After visiting the spot, CM Kejriwal while talking to reporters informed that the Delhi government has ordered a magisterial inquiry into the matter. In addition, a compensation of Rs 10 lakh each will be given to the next of kin of the deceased and Rs 50,000 has been arranged for the injured. 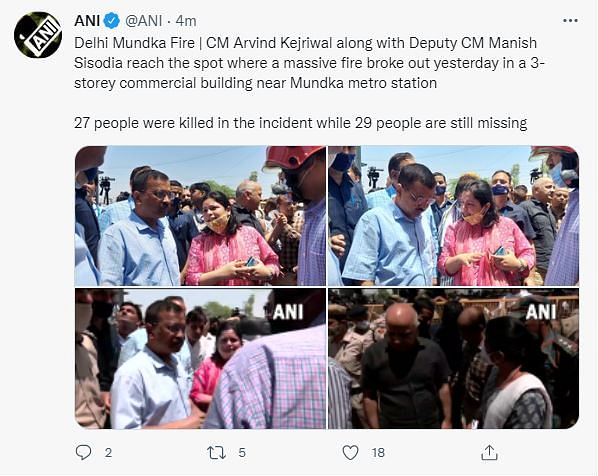 So far, a total of 29 people have been reported missing.

So far, police have received complaints about the disappearance of 29 people in the Mundka fire case, including 24 women and five men.

Two owners of the company arrested

Police have arrested two owners of the company Harish Goyal and Varun Goel in the Mundka fire case. 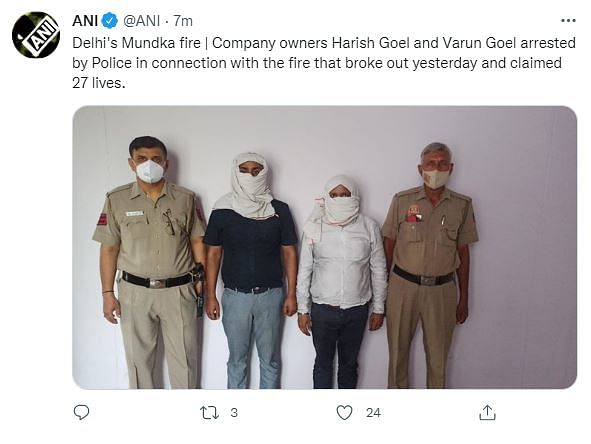 Outer district DCP Sameer Sharma said that the rescue operation is still going on in Mundka. So far 27 bodies have been retrieved. NDRF is probing whether there are any other bodies in the building. 25 out of 27 dead bodies have not been identified yet, unidentified bodies will be identified through DNA samples. At the same time, 27-28 people have been reported missing so far.

Relatives looking for loved ones

Vijay, a victim of Mundka accident, said that my wife is missing. The building where the fire broke out was a sales manager. I last spoke to him yesterday at 4.10 pm. When I called him again, the phone was ringing but no one picked up the call. While a victim named Anju said, my niece is missing, she was working there for three years. 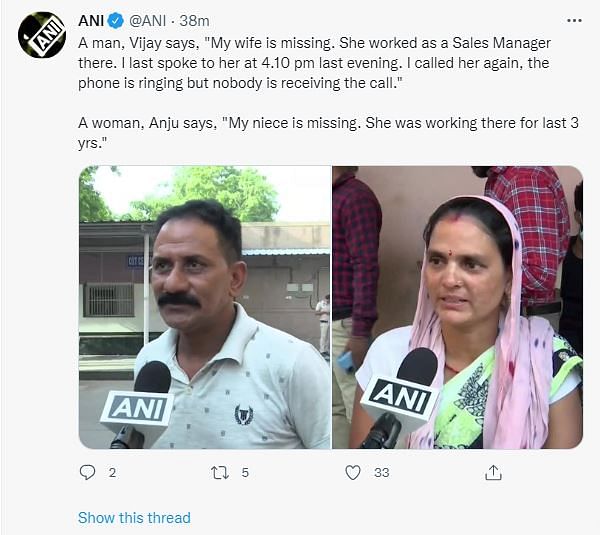 Delhi Chief Minister Arvind Kejriwal will visit the fire affected area in Mundka at 11 am today. Health Minister Satyendar Jain who visited the spot last night is also likely to accompany the CM.

Delhi Mundka Fire Live: CM Kejriwal visited the spot, announced compensation of 10 lakh to the next of kin of the deceased.

Director of Fire Department Atul Garg said that 26 bodies had been pulled out of the building till 11 pm, while one woman died after jumping. Right now many people are feared to be trapped in the building, in such a situation the death toll may also increase. However, fire brigade and policemen together took 50 people out of the building safely. The police have taken into custody Harish Goyal and Varun Goyal, the operators of the company operating on the first floor. The owner of the building, Manish Lakra, is also being questioned.