Due to non accessibility to people of Telangana since long time, Telangana chief minister KCR remain limited to his farmhouse. His ill-health revovery, constructive political planning and proper research on untapped national subjects are the main reasons for a stay in the farmhouse, sources reveal.

On the contrary, the Bharatiya Janata Party determined to give a tough fight to the Telangana Rashtra Samiti in the coming Assembly elections, the saffron brigade has begun targeting TS Chief Minister K Chandrasekhar Rao and TRS leaders on the accessibility front. 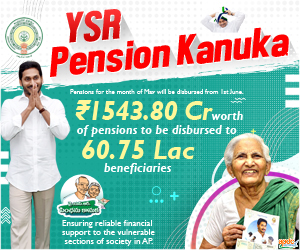 Highly placed sources said that the Prime Minister would meet corporators of all corporations in the state during the national party meeting next month. Sources said:

“We don’t want other corporators to be disheartened, so during the party meet, in all likelihood, there will be meeting with corporators of other corporations in the state.  The party is planning to conduct meetings with even booth-level party workers either by PM or Home Minister Amit Shah”.

This, the party believes, would send a message that if the BJP comes to power; even a booth-level worker can interact with PM. Already BJP has been branding KCR as ‘farmhouse CM’. When TRS leaders mocked PM for meeting corporators, BJP countered that the meeting reflected good governance of BJP.

A.Venkata Ramana, BJP’s Telangana IT Incharge said: “PM Modi has time to meet corporators as part of good governance, but CM KCR does not have time to meet his own Cabinet Ministers & MLAs for making policies for the people of Telangana. Only farmhouse governance?”

TRS claimed that this meeting meant nothing for Telangana. Krishank Manne, TSMDC chairperson, said: “BJP boasting of corporators meeting Prime Minister has not benefited Telangana or Hyderabad City or at least their own divisions. It was a mere political meeting, which is what Narendra Modi is known for. What good have Bandi Sanjay, Kishan Reddy and City leaders done for Hyderabad? They have not been using the opportunity of meeting the Prime Minister and failed to keep pending promises to the city. BJP does not respect farmers or agriculture and that is why they criticise our Chief Minister KCR who is a farmer. His is not a luxurious farm house like DK Aruna’s or G.Vivek’s; he personally does farming daily which is in his constituency”.

KCR has been facing flak for being inaccessible not only to his party but also the public. It may be mentioned here that a month ago, Minister KT Rama Rao dismissed criticism over KCR’s farmhouse, asking: What’s wrong in constructing a house in agricultural land? It may be noted that Chief Minister recently spoke on Telangana Formation Day, delivering the customary address. Prior to that, he was engaged in national politics and spoke to the national media on creating ‘sensation’. There have been no public meetings in the state over the past couple of months. Krishank added:

“Cabinet meetings take place in the official CM’s office at Pragati Bhavan and the Government is doing its job right now focusing on Palle Pragati and Pattana Pragati. If someone in this country is silent now when BJP is shaming India in front of the World, when US Army confirms Chinese trangression in Ladakh, it is Modi, who is on a mute mode”.

Let’s wait and see who will br the winner of Telangana in coming general elections in 2023. #KhabarLive #hydnews